Americans rank dead last — by a long way — among citizens of more than a dozen countries who were asked whether their nation is more united now than it was before the coronavirus pandemic, according to a survey released Thursday.

And they come in a statistical joint last place with the British on whether their country has handled the pandemic well, the poll finds.

In the United States, fewer than two in 10 people (18%) said the country is more united now.

That’s a full 21 percentage points below the next lowest-ranking countries, Germany and France, where just under four in 10 (39%) respondents expressed that opinion. Denmark had the highest percentage saying their country was more united now, with more than seven in 10 (72%) giving that answer. 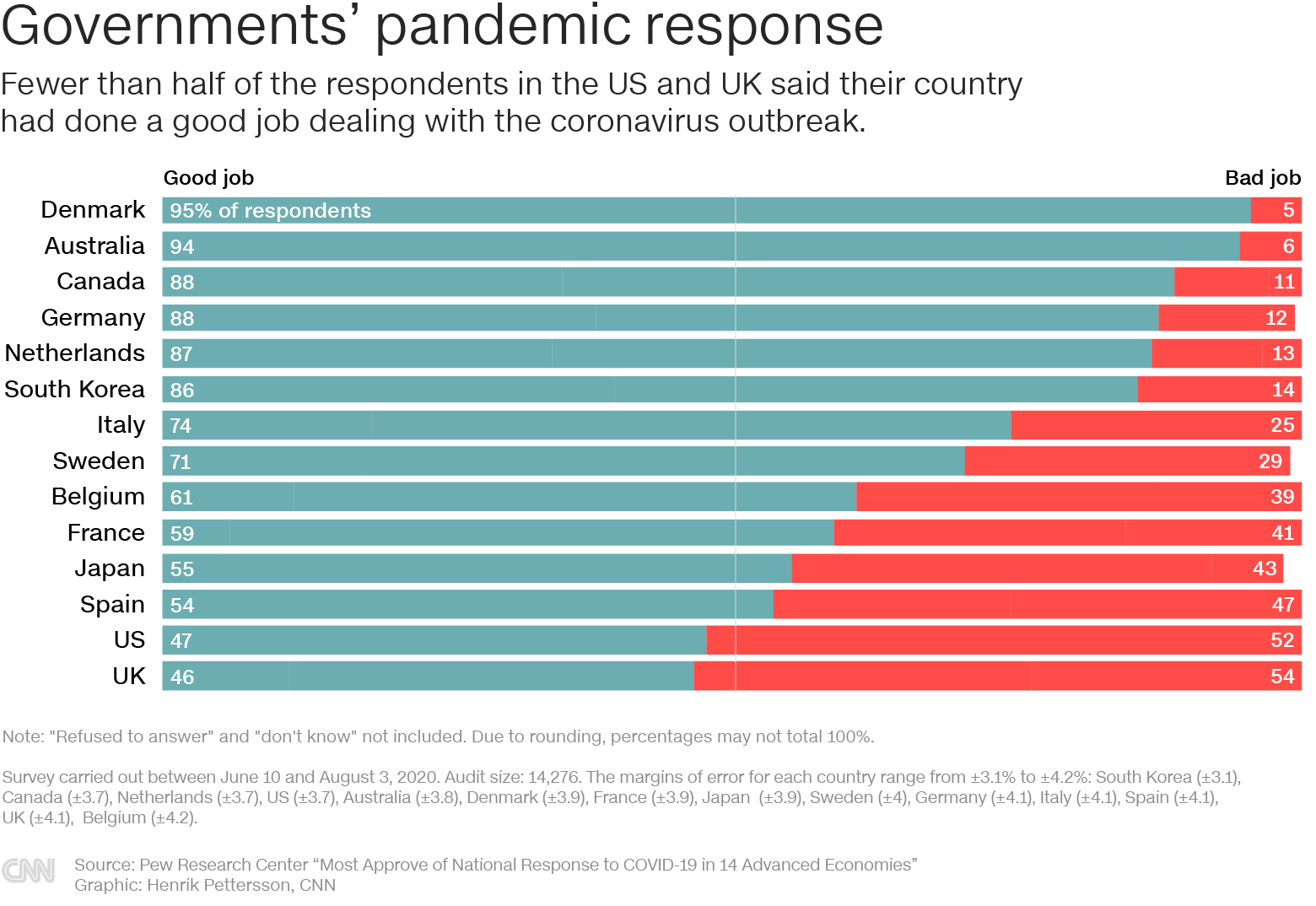 Results show partisan gap in US: As with so many questions these hyper-partisan days, there’s a gigantic gap between Republican and Democratic views of whether the Trump administration has handled the pandemic well.

The findings come from a Pew Research Center survey of 14 advanced economies in North America, Europe and Asia. The Washington, DC-based think tank interviewed 14,276 adults by telephone from June 10 to August 3.

A clear majority of people across the 14 countries said their own nation had handled Covid-19 well: 73% agreed, while 27% disagreed.

The United States is not the only country where support for the government’s coronavirus response broke along partisan lines — the Pew survey detected the same pattern in the UK and in Spain.

Those results show it’s not a matter of whether you’re on the left or the right of the political spectrum that predicts whether you think your government has done well. The US and UK have right-leaning governments, while Spain has a left-leaning one. In each country, people with the same political bent as the government tend to say it’s done well in the crisis. 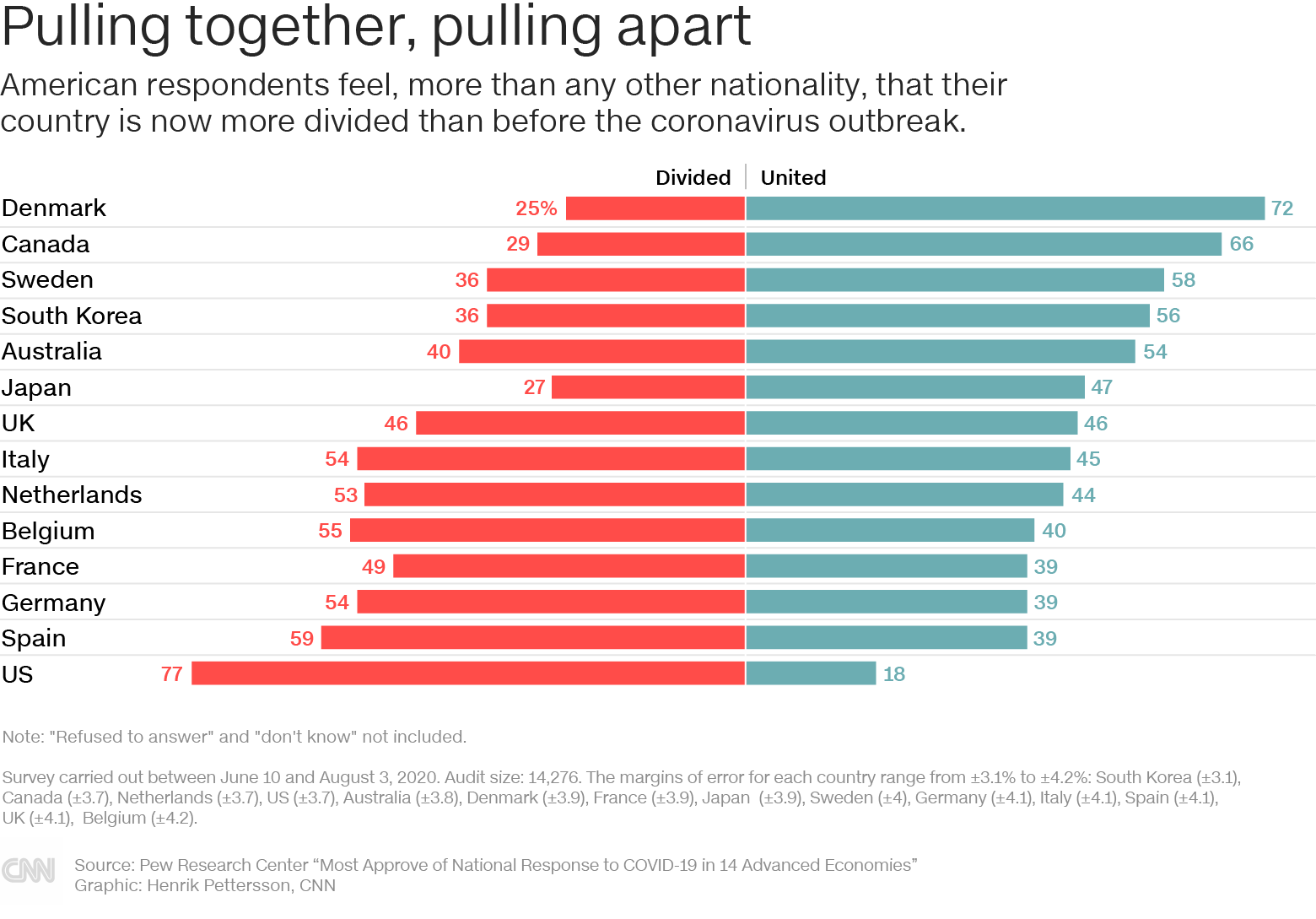