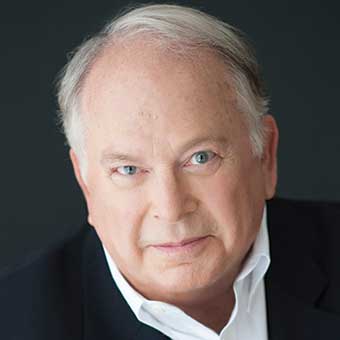 We, the United States of America, are still the poster child for failure to address the major pandemic of our time. Vietnam has recorded zero deaths; South Korea has had about 300. Japan is around 1,000. Spain, Italy, France and particularly Germany have been able to drive down deaths to relatively low levels.

This is a complicated question, but there seems to be a strong correlation between success and the faith and trust that a population has in its central government to solve a major catastrophe. Not one of the countries that appears, for now, to have tamed the virus assigned primary responsibility for fighting the pandemic to provinces, prefectures or municipalities.

We have learned that a significant portion of our citizens do not trust a strong government in Washington to make rules that affect their lives at the local level.

That won’t change anytime soon. So how do we market travel to these folks? How do we get liberals and conservatives — Biden and Trump people — on the same tour bus in Europe to have a good time? Will cruise dinner conversation be absent certain topics?

Just about 97% of the land mass in the U.S. is rural, where the population seems to be more conservative. Only about 20% of the population lives there, but it is a vocal minority, and their political leanings and values are shared by many urban- and suburban-based travelers.

My urban upbringing taught me that rural folks saw “freedom” as being free to legislate their racial prejudices as they pleased. But having since lived on a large farm in rural Maryland and in a small southern hamlet, I learned that it wasn’t at all about race for most rural folks.

Some Americans outside our major cities can find open spaces not far off their back porch. They can go months without ever seeing a police officer. They can tiptoe through the brush hunting deer or hide in a blind, patiently waiting for geese to fly overhead. They can walk inside the Piggly Wiggly wearing a weapon on their belt. They certainly have some say in what is taught in the schools.

And they may include, in their definition of freedom, the freedom to resist anything that smacks of a strong central government telling them what to do. When and how to wear a mask, for instance, and how many feet away from their neighbor they have to stand. And they very well may extend these refusals, which they consider principled, to their travels.

What does this mean for travel sellers? Somewhere in the description of overseas travel, we must try to include elements of “freedom.” This is best done by offering many choices so that each guest feels that, although they might be in a group, they have the freedom to customize their experience. To miss this is to miss a major marketing opportunity going forward.

The post-Covid international traveler is going to want options and a sense of being in control of their vacation. Set tour programs that state it’s “our way or some unknown highway” may struggle going forward.

There are about 80 countries on our planet that have “freedom” in terms of elections and choices. But many Americans seem to believe ours is the only free country, and they will want to exercise freedom as they understand it when they finally travel again.

For travel agents, it might be worthwhile to package or repackage travel to include a menu of options that allow the client to take part in the decision-making process to a greater degree than ever before.